After reaching a nadir in 1975, the Corvette’s performance rebounded over the ensuing years. With less weight and streamlined aerodynamics, the 1980 model was a much-improved sports car. 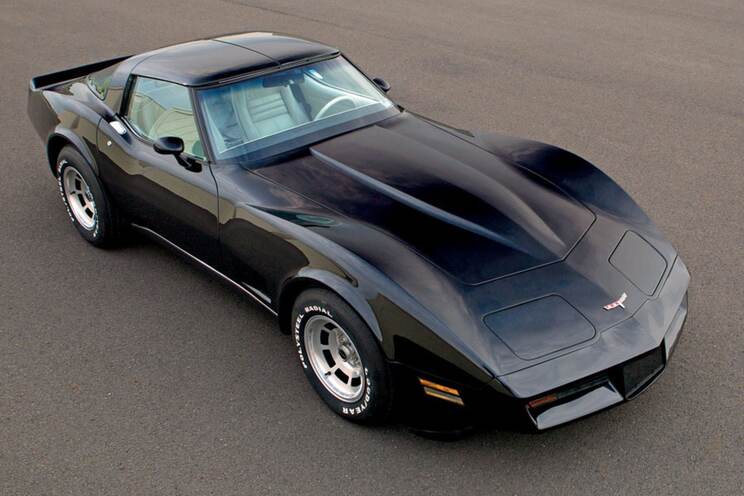 Let’s face it, late-model C3s are not among the most highly coveted Corvettes. Mid-to-late-’70s examples were low on power and heavy on smog and safety equipment. By the 1980 model year, however, the Corvette had become a much better vehicle. Still wearing its original paint and tires, our featured car is an incredibly well-preserved testament to this turning point in Corvette history.

Beginning in the late 1960s and reaching an apex in the mid-’70s, three powerful forces conspired to bring America’s golden age of muscle cars to an abrupt end. The environmental movement blossomed into a very powerful force pushing for reduced auto emissions. That led to the creation of the Environmental Protection Agency in 1970, and that, of course, resulted in a seemingly endless litany of emissions regulations that induced leading car makers to devote the bulk of their engineering resources to reducing the pollution their products spewed out, rather than increasing the performance they delivered. Safety advocates, financed in large measure by the insurance industry, lobbied for everything and anything that would reduce auto-related injuries and deaths, and that also led to ever-increasing government intervention, which in turn led to increased safety that often came at the cost of reduced performance. And last, but certainly not least, our friends in the Middle East who control most of the world’s oil interrupted supply, which raised prices dramatically and brought fuel efficiency to the forefront of our national consciousness. 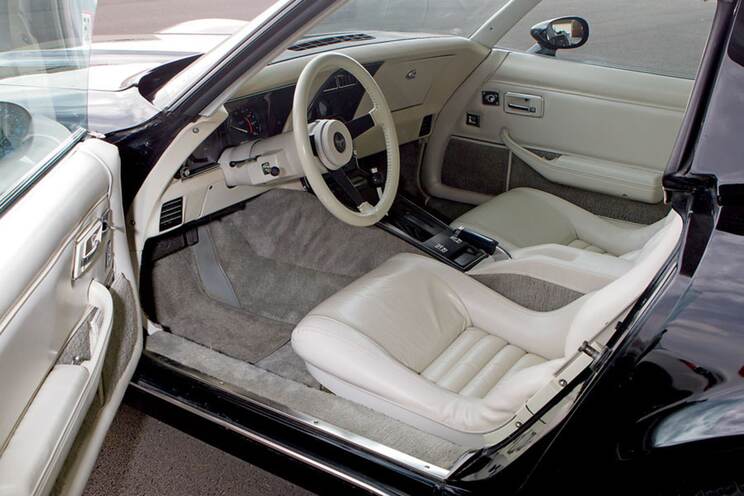 As a result of these sweeping changes, America’s really big cars got considerably smaller and performance cars were essentially eviscerated. The impact on the Corvette was profound but despite increasing mass and diminishing horsepower, Chevy’s flagship model fared better than most performance cars during the’70s. And as that decade wound down and the ’80s dawned, something remarkable became apparent: Technological advances that included sophisticated electronic engine and drivetrain controls, the emergence of computer modeling, increasing use of lightweight materials and clever new manufacturing techniques were enabling car companies to reduce emissions, increase fuel efficiency, enhance safety and increase all-around performance.

This manifested itself in the 1980 Corvette in a number of different ways. The most significant was reduced mass: An ’80 Corvette weighed 238 pounds less than a comparably equipped ’79 model. This reduction was achieved by virtue of many changes, including redesigned front and rear impact-resistant bumpers, revised T-tops, thinner windshield and door glass, and thinner hood and door panels. The 1980 Corvette also used considerably more aluminum than its predecessors, including an aluminum intake manifold for the base engine (previously, only L82 engines got aluminum intakes) and an aluminum rear cross member and differential housing assembly. The latter saved a full 40 pounds all by itself. 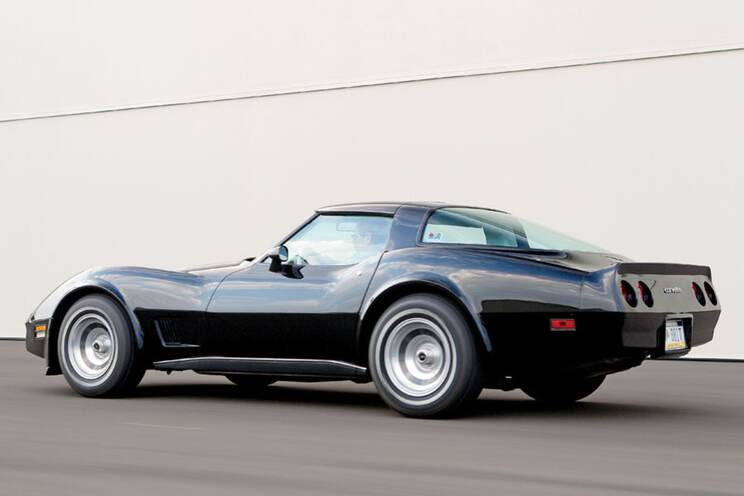 The 1980’s lower mass and improved aerodynamics were particularly beneficial for buyers in California, who had to contend with a slightly bizarre situation that year. California began addressing air-quality considerations all the way back in 1945, when Los Angeles established the Bureau of Smoke Control within the city’s Health Department. Over the years, the state was increasingly proactive in its efforts to reduce automobile pollution. Well before 1980, California enacted air-quality regulations that were stricter than federal regulations. California’s own rules made the 1980 L48 and L82 engines illegal in the Golden State. GM’s quick and cheap solution was to install its 305-cid V8 passenger-car engine, which was California certified, into the ’80 Corvettes destined for sale there. A total of 3,221 Corvettes got the “option LG4” 305, which could be coupled only to an automatic transmission. Interestingly, the LG4 was rated at 180 horsepower, which was only 10 less than the L48 engine, and it netted buyers a $50 savings from the Corvette’s base price. 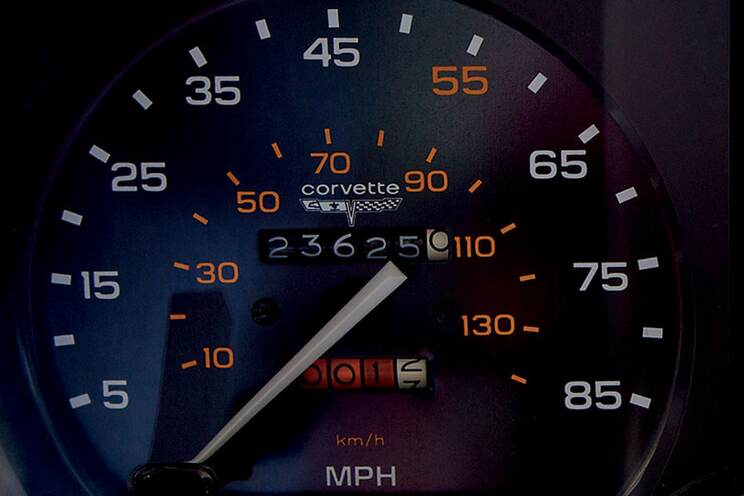 Despite widespread anticipation that a redesigned Corvette was not that far off, and four separate price increases during the model year that brought the base price from $13,140.24 to $14,345.24, Chevrolet still sold an impressive 40,614 examples in 1980. 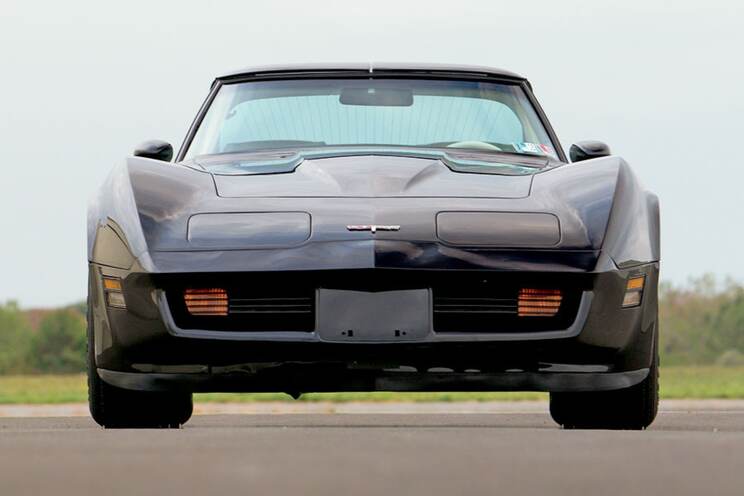 In the intervening three-plus decades, most of these cars were driven hard, treated poorly and disposed of when it got too expensive to keep them on the road. This is why our feature car is so remarkable. It ranks among the most original and perfectly preserved 1980 Corvettes we’ve witnessed, and as such is a very unlikely survivor. 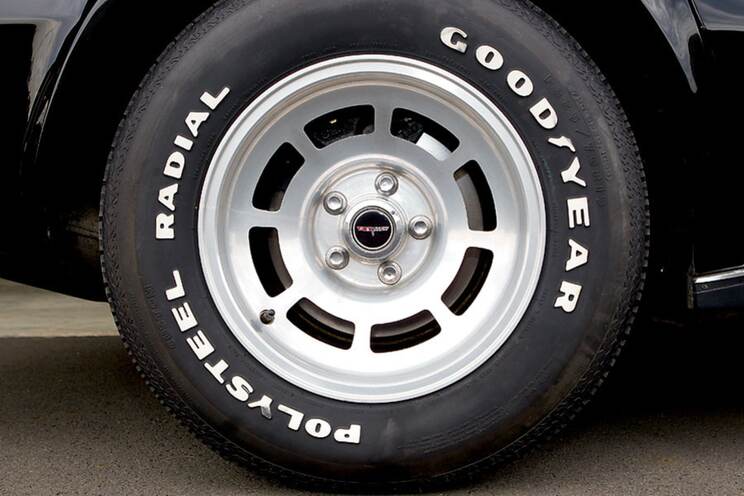 The coupe was sold new at Reedman Chevrolet in Langhorne, Pennsylvania and has spent all of its 23,000 miles close to home. Its black exterior paint and Oyster leather interior are factory original and in pristine condition. Everything on its L48 engine, from the hoses and belts to the spark-plug wires, was installed by the line workers at Chevy’s St. Louis Corvette Assembly Plant. Even hard-to-preserve things like the Goodyear Polysteel Radials on optional N90 aluminum wheels and the entire exhaust system are original. All told, this car’s originality and incredible condition are a testament to the care its owners have lavished on it over the past 31 years.

Not surprisingly, the car runs and drives as it did when new. Corvettes were still one year away from the first rudimentary electronic engine controls, but the Quadrajet carburetor and HEI ignition perform admirably well. The 190-horsepower engine fires up instantly, idles smoothly and accelerates ably if not impressively. There’s enough torque to light up the tires from a stand still if you’re willing to hurl a little bit of abuse at the automatic transmission. Though it’s hard to hear, the MX1 gearbox chirps between first to second gears, and then again between second to third thanks to the lock-up torque converter. Introduced in 1980, this revised unit eliminated slip at higher speeds, giving a small boost to fuel economy.

Our feature car’s standard suspension is rather compliant, especially compared with the available FE7 sport suspension, but the car does not lack for good road feel. If this particular car has a shortcoming in terms of on-road performance, it’s the 31-year-old tires, which have hardened with age and have noticeably less grip as a result. A new set of performance radials would unleash the car’s handling prowess, which was quite good back in the day considering that its basic chassis design dated all the way back to 1963.

For the kind of gentle driving this car sees, the brakes are up to the task. As with the rest of the chassis, the braking system used in 1980 was an older design; the same four-wheel-disc setup was used from the 1965 through the 1982 model years.

All in all, this car is a beautifully preserved reminder of why the Corvette remained so popular, even through the dark days of performance-robbing emissions and fuel-economy and safety regulations. It’s stylish, quick and, above all else, a car that inspires pride and joy in ownership.