21 Dec, 2016 The C5 Stan Permalink
After 31 years of building Corvette coupes with detachable roofs, Chevrolet returned to its fixed-roof formula with the ’99 hardtop. 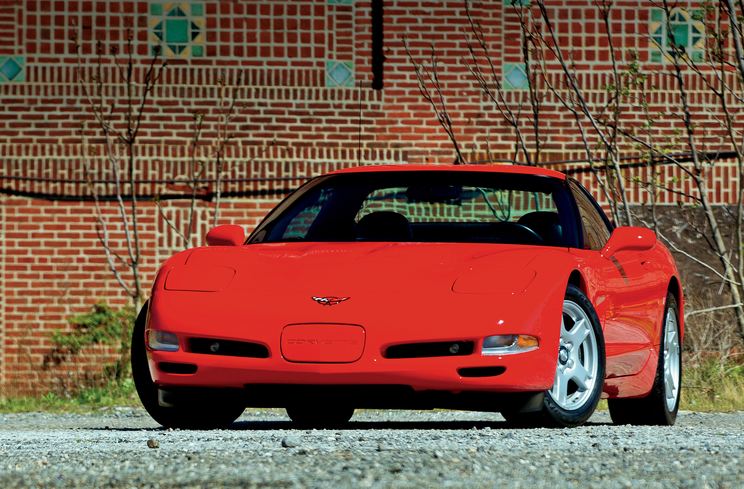 In 1999, Chevrolet introduced a hardtop version of the fifth-generation Corvette, which was a body option not seen since 1967. When the C3 debuted in 1968, the coupe had a removable roof panel, unlike the fixed one on the Sting Ray. The hardtop joined the coupe and convertible as the third offering in the Corvette C5 model lineup. It was originally conceived as a lower-cost, entry-level Corvette. The idea was to offer a mild-mannered vehicle with the base C5 suspension, automatic transmission, cheaper tires, a detuned engine and a minimal option list; this would allow anyone to slide into a new Corvette for a little more than 30 grand. The preliminary 1999 Dealer Order Guide, which was made available a few months prior to the hardtop’s launch, confirmed all this information.

When the hardtop debuted, it carried a sticker price of $38,197. Though this MSRP was much higher than what the marketing folks had wanted, it was still slightly lower than that of a coupe, which was priced at $39,171. While the coupe had more standard luxury items, the hardtop came loaded with performance hardware, including the Z51 Performance Handling Package, which boasted stiffer springs, larger monotube shocks, thicker roll bars, a power-steering cooler and a high-performance (3.42:1) rear axle. With the hardtop, the 345-horsepower LS1 could only be paired with a Borg-Warner T-56 6-speed manual. In addition, the hardtop was roughly 80 pounds lighter and 12-percent stiffer than its coupe sibling.

For Delawarean Harold M. Buzgon, owning a Corvette has been the culmination of a childhood dream. “My curiosity with the Corvette began as a child,” he recalls. “I picked up a 1966 Corvette emblem off of a busy street in New York City, and remember asking my mother what a Corvette was, and she told me that it was a sports car from Chevrolet.” That emblem sparked an interest that would motivate him in later years to acquire a Corvette before his 30th birthday.

Buzgon’s path to Corvette ownership was a step-by-step process. As a teen, it was nurtured by building scale models of various General Motors products. In 1996 he purchased his first real performance vehicle, a ’93 Camaro Z/28 with an LT1 and 6-speed gearbox. The Z/28 was a capable car, and he really enjoyed its performance. Six years later, he sold it to a friend to partially fund his upcoming Corvette purchase.

In ’02, his quest for a Corvette began by searching in all the usual places, like classified ads, the Internet and local newspapers. “I began looking at C4 Corvettes, especially the ZR1s, and the prices were high at the time,” says Buzgon.

An ad for a Torch Red ’99 hardtop with a little over 18K miles for sale at Porter Chevrolet in Newark, Delaware soon sparked his interest. Not wanting to pass on the opportunity, he immediately traveled to the dealership with a blank check and his mother, Ruth, who went along for moral support. Buzgon explains, “I brought my C5 options list and went over what the Corvette had in options.” Beyond the standard equipment, it had six-way power driver seat (AG1), parcel net (AP9), bucket seats (AR9), front floor mats (B34), fog lamps (T96), head-up display (UV6) and a license-plate frame (V49).

“I took it out for a test drive and I fell in love instantly,” says Buzgon. “It sounded so nice and the suspension was very firm. I loved the stance and hood lines. My goal of owning a Corvette before the age of 30 was now a reality.” Since the first owner only used the hardtop as a leisure vehicle, when Buzgon purchased it, the Corvette was in excellent condition. All it needed was some a proper detailing to bring back its luster.

At this point, one might think that this was the end of the line, the fulfillment of a childhood desire, but it wasn’t. As soon as the C5 was parked in his garage, Buzgon began an automotive forensic search for his Corvette’s history. He spent the first few months digging up information. The easy numbers came first. His hardtop was one of 4,031 built in 1999. The paperwork that came with the car gave him a build date of April 30, 1999, but that wasn’t enough. He was able to track down the build date of the engine by contacting someone at the Romulus Engine assembly plant; it was built on the day prior to the hardtop, April 29, 1999.

Perhaps the most challenging task was locating the original owner. His information led him to Smedley’s Chevrolet in Vandalia, Ohio. Buzgon points out, “The manager recalled my car was parked in the dealership all summer, until the first owner purchased it in September of 1999.” From there, he was able to track down the first owner. “He was very happy to talk to me concerning the Corvette,” he adds. “The first owner worked for GM, and leased the Corvette. He used it as a leisure vehicle. He also took it to the drag strip once to see what it could do in the quarter mile. One day, he decided to buy a Chevrolet truck, so the Corvette was taken back to Smedley’s and traded in. Interestingly, he asked the dealership to hide the Corvette so he would not see it again when he picked up his new truck.” From there, Buzgon tracked the C5 to a specialized collector-car auction house, from where it was eventually sold to Porter Chevrolet.

In his 11 years of ownership, he has only logged a little over 2,000 miles on the car. His tenacity to know as much about the history of the car is likewise matched by his drive to keep it as original as possible. With their reputation as excellent track-day cars, many hard-tops have been hacked up, or destroyed, over the years. It is conceivable that Buzgon’s car is one of the finest original examples of a ’99 hardtop in existence.

To date, the car has received a number of National Corvette Restorers Society Sportsman’s Award ribbons at local events. Looking forward, he adds, “My goal is to have the car judged so it can receive the NCRS Top Flight Award. I would like to have the Corvette travel to Bloomington for their certification process.” While awards, digging for information and the sheer pleasure of owning the car have been most gratifying, the memory of his mother, who helped make the purchase of the car a reality, is undoubtedly the most important for him. 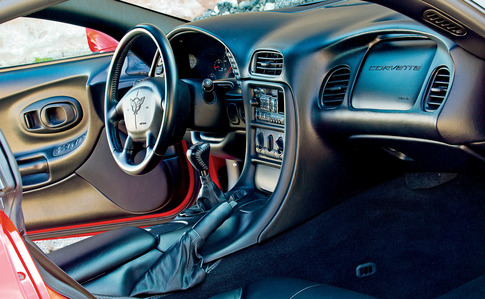 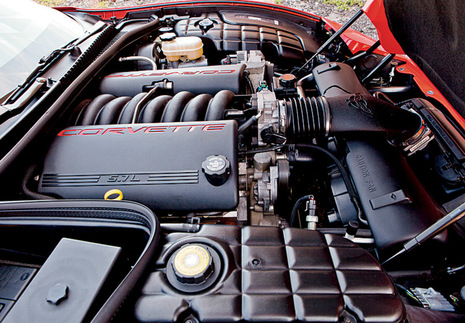